Under the direction of Governor Gavin Newsom, California state agencies are advancing projects at the Salton Sea to improve air quality and provide critical environmental habitat for birds along the Pacific flyway.

Flows into the Salton Sea have declined in recent years, and the result is a shrinking, increasingly saline lake. As the Sea recedes, previously submerged lakebed is being exposed, creating dust that can be hazardous as it dries and becomes airborne.

Since early 2019, the State Team has significantly improved its capacity to deliver projects at the Sea. Informed by constructive input from community members, local leaders and interested groups, the team is working with partners to make substantial progress on the ground in 2020 to improve conditions for communities near the Sea. The state team also is working to improve transparency, engage community members in project planning and design, and incorporate local input in the SSMP project planning process.

In a key step to improve conditions at the Salton Sea, construction began this week on the state’s first large-scale project to create habitat and reduce exposed lakebed around the Sea. 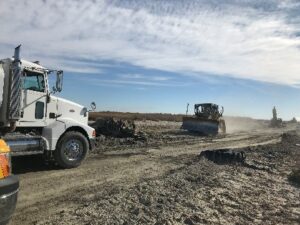 The Species Conservation Habitat (SCH) project, located at the southern end of the Sea on both sides of the New River, will create a network of ponds and wetlands to provide important fish and bird habitat and suppress dust emissions to improve regional air quality as the Salton Sea recedes. The SCH project will cover approximately 4,110 acres, an increase over the previously estimated 3,770 acres due to an updated design. Construction is expected to continue through the end of 2023.

“Beginning actual construction on this large project represents important progress,” California Secretary for Natural Resources Wade Crowfoot said. “It is only possible thanks to strong coordination with our local, state and federal partners, including Imperial Irrigation District, Imperial County, the Imperial County Air Pollution Control District, the Colorado River Regional Water Quality Control Board, the U.S. Army Corps of Engineers and the U.S. Fish and Wildlife Service. Obviously, much more work lies ahead. We need to continue to deliver projects on the ground that improve conditions at the Salton Sea for residents as well as for wildlife.” 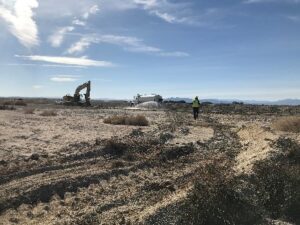 The SCH project anchors phase one of the state’s Salton Sea Management Program, which centers on constructing wetlands and other projects to limit exposed lakebed, reduce airborne dust and restore environmental habitat on 30,000 acres around the Sea. The SCH is a $206.5 million investment in Imperial County that will create as many as 3,000 jobs.

After obtaining site access to the SCH area in May 2019, the state team launched the contracting process and executed a design-build contract to Kiewit in September. This design-build process, which expedites delivery of the project, was made possible through 2016 legislation supported by Assemblymember Eduardo Garcia and Senator Ben Hueso. State agencies also executed a water use agreement with Imperial Irrigation District to enable the project.

Though the construction site is not open to the public due to COVID-19 restrictions, the state team will share images of the project as construction advances on the state’s Salton Sea Management Program website. 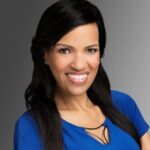 The California Department of Fish and Wildlife (CDFW) is pleased to announce the return of Tonya Marshall to the department as a senior environmental scientist (supervisory) for the SSMP. Marshall has over 12 years’ experience working for state agencies, including almost six years as a supervisor for CDFW’s Regional Habitat Conservation Planning and Renewable Energy programs for the Inland Deserts Region. She started on January 4 and is based in Riverside County.

Marshall graduated with a Bachelor of Science degree in Biology (Conservation) from the University of California, Riverside, and holds a Professional Certification in Environmental Leadership from California State University of San Marcos at the Temecula campus. Her work has involved permitting, surveying, managing watershed and large-scale renewable energy projects, and conducting biological analysis in support of environmental compliance. Her background in biology and environmental compliance will be a strong asset to the program.

Additionally, the Department of Water Resources will soon advertise for a Career Executive Appointment position in Sacramento and five engineering and science positions that will be located in Imperial and Riverside counties. The advertisement will occur during the first quarter of 2021 and more information will follow soon. The California Natural Resources Agency also is the hiring process for a Program Manager II and Information Officer. CDFW is in the hiring process for a Fish and Wildlife Technician to be located in Imperial County.

The SSMP team completed approximately 700 acres of temporary surface roughening projects at the southern end of the Salton Sea in 2020 as an interim proactive measure to treat areas of exposed lakebed with emissivity potential due to dropping sea levels. Work completed included the 112-acre Bruchard Road Dust Suppression Project (January 2020), the 306-acre New River East Project (November 2020) and the 280-acre New River West Project (December 2020). The three temporary surface roughening projects were located within the footprint of the SCH project and will be inundated with water upon the completion of the SCH project.

The SSMP team expects to begin the formal scoping process for the Phase I: 10-Year Plan under the National Environmental Policy Act (NEPA). Incorporating input received at three September community workshops and written comments from the public, the team is completing an application package to the U.S. Army Corps of Engineers (Corps) for permitting under the Clean Water Act and environmental compliance under NEPA.

The Corps will be the lead agency for NEPA. The draft Environmental Assessment, targeted for release this spring, will analyze approximately 30,000 acres of aquatic habitat and dust suppression projects proposed under the plan, such as  the proposed North Lake Demonstration Project (in partnership with the Salton Sea Authority and the County of Riverside), the Desert Shores Channel Restoration Project (in partnership with the Imperial County Air Pollution Control District), and Audubon’s Bombay Beach Wetland Restoration Project.

A final Environmental Assessment is targeted for fall 2021. The California Natural Resources Agency is committed to improving conditions for the people who live near the Salton Sea. We are working with our federal, state and local partners to accelerate progress on the Salton Sea Management Program’s 10-year plan. We support a transparent process with clearly defined goals and measurable objectives aligned with available fiscal and hydrological resources. Progress made by the program is overseen by the State Water Resources Control Board and the California Air Resources Board.