The Salton Sea Management Program (SSMP) is establishing an Independent Review Panel (Panel) to review concepts for water importation to the Salton Sea for its long-term restoration.  SSMP has contracted the University of California, Santa Cruz (UCSC) to establish the Panel and provide research and analytical support.  UCSC has contracted Kennedy Jenks Consulting and other specialty subcontractors to serve as a support team to an Independent Review Panel to provide research and analysis (Fig.1).

The Independent Review Panel will be led by Panel Chair, Dr. Rominder Suri. Dr. Suri is Professor and Chair of the Department of Civil and Environmental Engineering at Temple University, and founding director of Temple University’s NSF-funded Water, Environment, and Technology (WET) Center. 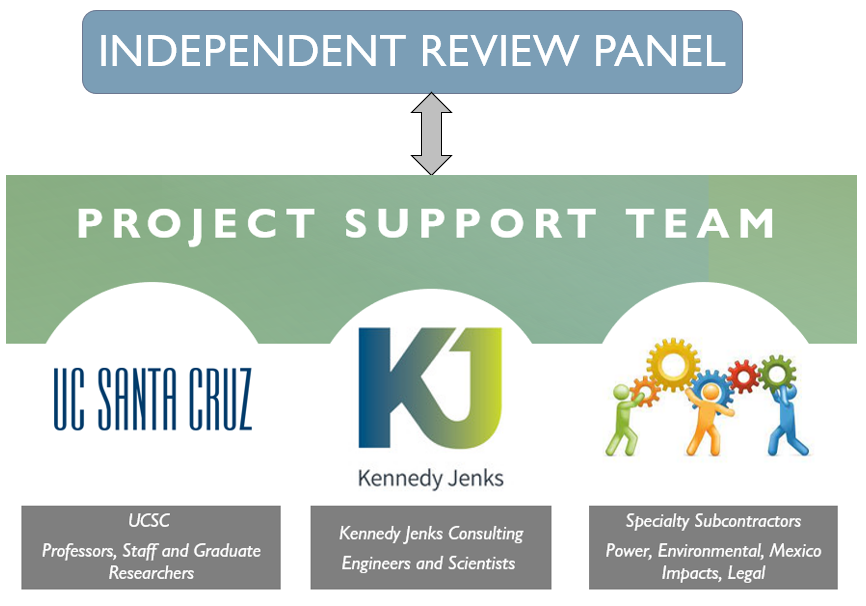 The Panel will include expertise across the spectrum of engineering, environment, law, regulation, public engagement, and quantitative analysis.

The Panel will review the 11 water importation concepts submitted to the state in 2018, and will rank feasible projects based upon defined criteria and technical analysis. Part of the review process entails a Screening Report-Out, Feasibility Report-Out, and Summary Report (Fig.2). The Summary Report and final deliverables will include the findings of the study and a recommendation to the State of California.

Figure 2: Three Products of the Panel

The Independent Review Panel for Salton Sea water importation concepts gathers all the information it can about water importation as a long-term strategy to restore and manage the Salton Sea. The Public Meeting begins with a brief introduction to the Panel’s charge, process, and timeline, after which the floor opens to the public’s comments

The Independent Review Panel examining water importation concepts for long-term Salton Sea restoration will be coming to the Coachella and Imperial Valley and will hold an informal “Meet & Greet” event in order to meet the community. Please stop by and enjoy some free snacks & beverages with the Panelists.

Introduce yourself and provide any input you would like on our region and what it means to you, or anything else. No formal talks or presentations are planned – just meeting, talking, and snacks. Covid protocols will be followed. The Panel hopes to see you there!

For any questions or comments you may have to the Independent Review Panel and their Support Team, you can contact them using this email: sslt-eval-input@ucsc.edu

If you submitted a response to the 2017 Request for Information, you can contact the Independent Review Panel and their Support Team using this email: pi-link-sslt-eval@ucsc.edu.

Prof. Rominder Suri, Chair of the Independent Review Panel, is issuing a new Request for Information with accompanying spreadsheet.  It is similar in format to the RFI issued by the state in 2017.  The Panel is inviting (1) any new concepts for water importation that were not submitted in the previous Request to be submitted now, and (2) submission of any updates or elaborations from the eleven teams that previously submitted concepts.  The Panel is also inviting the original teams and any new teams to make brief oral presentations of their concepts.  The optional presentations will provide highlights and clarification, and allow the presenters to field questions from the Panel.  The due date for the new call is October 12.  Please email all materials to Azucena Beltran at azrbeltr@ucsc.edu by October 12, 2021. 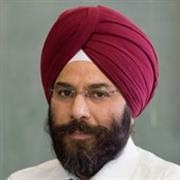 Dr. Rominder Suri is Professor and Chair of the Department of Civil and Environmental Engineering at Temple University, and founding director of Water and Environmental Technology (WET) Center at Temple University. Dr Suri has led research efforts around water, technology and engineering and is a recognized expert in water quality and purification. Specifically, Dr. Suri has studied extensively traditional and novel water treatment processes and pollutants, and has published numerous research papers. Dr. Suri also has extensive experience working with a wide range of stakeholders and facilitating collaborative processes from his academic tenure as well as his work with the WET Center. As the Chair of the independent review panel, his duties will include the selection of panel nominees, leading the drafting of reports, setting agendas for and managing all meetings, and supervising all votes and deliberations by the panel. We look forward to having him lead a robust, science-based process as Chair of the Independent Review Panel. 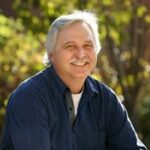 Robert Raucher, Ph.D., Director of Water Economics and Planning, has had a distinguished career as a consultant on environmental and water economics, focusing on benefit-cost analysis. His focus has been on systematic approaches for including the full range of Triple Bottom Line (TBL) benefits and costs of water sector projects, to better reflect ecosystem, public health, recreational, climate risk, and other impacts beyond the direct financial costs and benefits. 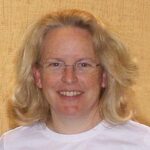 Professor Julie Lockwood is an internationally recognized expert in ecology and Chair of the Department of Ecology, Evolution, and Natural Resources at Rutgers University. She is an elected Fellow of the Ecological Society of America (ESA), which is a recognition of the many ways in which its members contribute to ecological research and discovery, communication, education and pedagogy, and management and policy. Professor Lockwood has contributed to the United Nationals Program on Biodiversity and Ecosystem Services, and several national programs in biodiversity conservation.

Dr. Adina Paytan is a Research Scientist at the Institute of Marine Sciences at University of California, Santa Cruz. She obtained her B.S. double major in Biology and Geology from the Hebrew University in Jerusalem and a M.S. degree in science education at the Weizmann Institute of Science in Rehovot. In 1996 Dr. Paytan got her Ph.D. in oceanography from the Scrips Institute of Oceanography in San Diego and her research lays in the fields of biogeochemistry, chemical oceanography, and paleoceanography. An overarching goal of her research is to link changes observed in the earth and ocean systems to global changes in climate and tectonics with an emphasis on human impacts.

Professor Robert Glennon is the Regents Professor Emeritus and Morris K. Udall Professor of Law and Public Policy Emeritus at the University of Arizona’s James E. Rogers College of Law. He received a J.D. from Boston College Law School and an M.A. and Ph.D. in American History from Brandeis University. Professor Robert Glennon is one of the nation’s preeminent experts on water policy and law. The recipient of two National Science Foundation grants, Glennon serves as an advisor to governments, corporations, think tanks, law firms, and NGOs looking to solve serious challenges around water sustainability and planning. Glennon is the author of Unquenchable: America’s Water Crisis and What To Do About It, and Water Follies: Groundwater Pumping and the Fate of America’s Fresh Waters. In 2014, Glennon and two co-authors wrote a report for the Hamilton Project at the Brookings Institution. Shopping for Water: How the Market Can Mitigate Water Shortages in the American West explores solutions to broken federal and state laws that are contributing to worsening water shortages in California and other Western states. Glennon’s writings have appeared in the New York Times, Los Angeles Times, Washington Post, and Wall Street Journal. 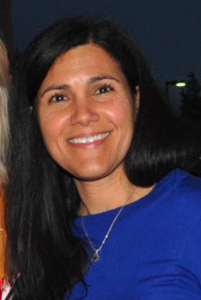 Ms. Sharon D. Kenny is a founder of KLVN International LLC consulting firm.  She holds a bachelor’s degree in Geology from the University of Puerto Rico at Mayagüez; and master’s degrees in Geochemistry and Civil Engineering from the University of Florida, and the University of Colorado at Boulder, respectively. Sharon is an expert in hazardous waste remediation and on the impacts of large-scale industrial activities on land and water.  She has extensive experience in the areas of risk assessment, cost-benefit analysis, and project management.  For the last several years Sharon has led teams in the applications of geospatial modelling and analysis, as an expert and invited instructor.  Although currently employed with USEPA to provide quality management reviews and conduct quantitative analysis of data related to environmental releases in the mid-Atlantic region, she is undertaking this work in her capacity as a principal with KLVN International. 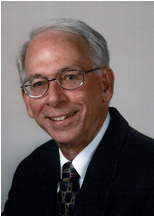 Philip H. Burgi P. E. is an internationally recognized expert in the field of hydraulics and water resources engineering with over 50 years of experience. He is a Distinguished member of the American Society of Civil Engineers recognizing his eminence in the field of hydraulic engineering. His contributions to understanding the performance of hydraulic structures and equipment, such as dams, spillways, outlet works, fish ladders, gates, and valves have added to the body of scientific knowledge for hydraulic engineering. His engineering practice ranges from civil engineering service in the Peace Corps (Chile) in the late 60’s to researcher and manager for the Bureau of Reclamation’s Hydraulic Laboratory for 30 years, construction engineer for small-medium sized irrigation projects in Peru (Inter-American Development Bank) and, more recently has served as Peer Review Board member for the Panama Canal Authority’s Gatun Lake Spillway design. He has also served as consultant to US Army Corps of Engineers review of damage to Seven Oaks Dam River Outlet Works, and consultant to Bureau of Reclamation on Risk Assessments for Ochoco Dam – Seismic Issue Evaluation. 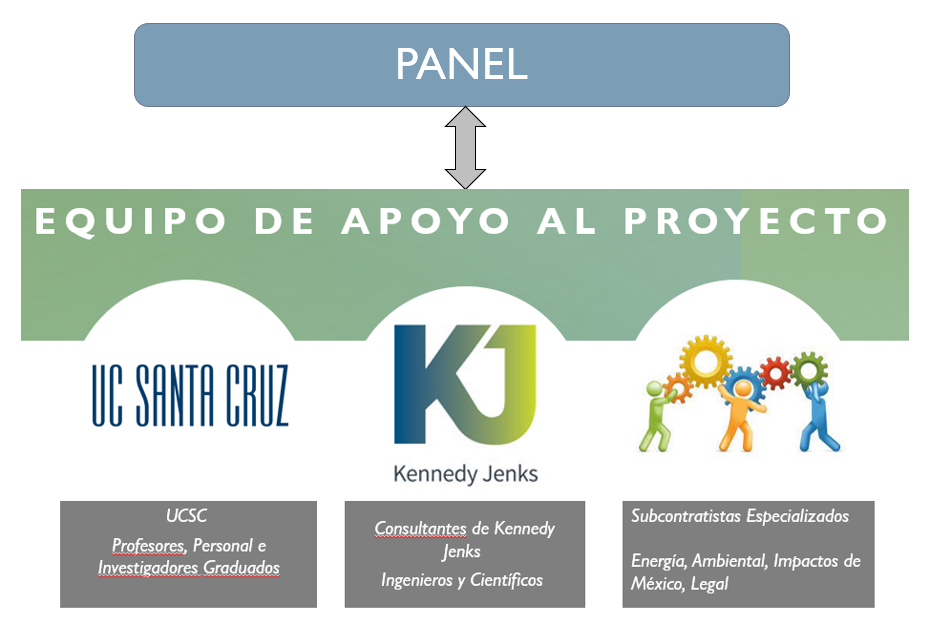