Vegetation Enhancement Projects Moving Ahead in Partnership with U.S. Bureau of Reclamation 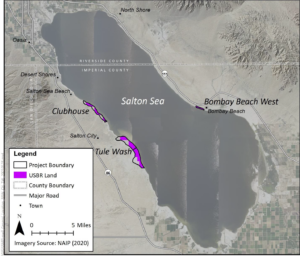 The work is envisioned to begin this year and continue into 2023. Once established, these vegetated landscapes are expected to be sustained by natural water flows and precipitation resident to the area. 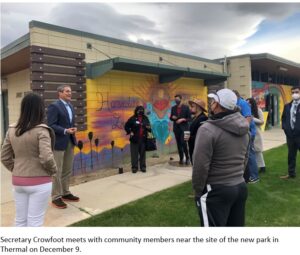 Communities in the Salton Sea region are receiving $57 million in grant funding for new and revitalized parks as part of the state’s largest-ever single investment in improving access to parks and open spaces.

Awarded through the Statewide Park Development and Community Revitalization Grant Program, the grants will deliver six new parks in Imperial and Riverside Counties and revitalize two existing ones.

The competitive grant program is part of the Governor Newsom Administration’s “California Outdoors for All” initiative to expand equitable access to the outdoors in underserved communities across California. 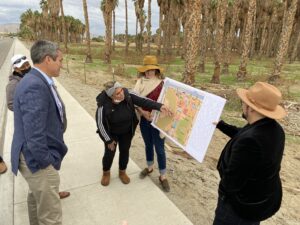 “These funding awards are a huge deal for Californians. Creating new parks across the state – including in many communities currently without adequate outdoor public space – will make a real, lasting difference in the lives of young people and all residents,” said California Secretary for Natural Resources Wade Crowfoot. “It’s one more way the Governor and Legislature are working to improve the lives of all Californians.”

The Outdoors for All initiative is focused on equitably expanding outdoor access to all Californians through focused investments in open space infrastructure, outdoor programming, and improvements to state systems.